There is NO WAY I could have navigated some big cities with such ease and confidence if not for this life-changing invention. I mean, it’s brilliant. You just key in your destination and then follow the little blue dot until it reaches the little red bubble– trains, metros, overgrounds, buses, trams… when it’s hooked up to a comprehensive, working city transport system, this thing is genius! I’m pretty sure the area of my brain that reads maps has shrunk and atrophied since I first bought an iPhone.

I would have called this post “Toulouse, My Way”, except that I do have a sensitive corny radar. 🙂 I have been living in Toulouse for a few months now, and am about to leave it for an English speaking reprieve and to the welcoming arms of my best friend in Europe and my darling cousins and goddaughter.

This is the prettiest city I have ever lived in, and I’ve lived in a few in my not-very-long life. I can never “get used” to this place– each time I set out, I feel as though I see new things in these old, cobblestone streets. I look up and it’s all pastel wooden-slatted shutters and Juliet balconies skirting the windows, all painted curly wrought-iron; every giant heavy wooden double-door on the street on which I live opens into a courtyard, some glorious and big and primly-trimmed, some small, walls of disparate buildings cobbled untidily together, but warm, friendly, some that look like tiny micro-cities of building facades and stairways, carved stone bannisters… Narrow streets of terracotta and orange and warm colours, brick and old, old wooden beams.

And the people? Warm, friendly, kind… earthy, grounded. The guy at the ice cream shop knows my favourite flavour; the lady at the patisserie around the corner knows my name (and my favourite pastry in the whole world), the owner of the tea shop (with the wifi) in which I do my work some days remarks on how my French has improved, and speaks to me only in French. In the other tea shop around the corner (how can one not love a city that loves its tea?), I met one of my best friends in Toulouse. Once, when I was on the airport shuttle coming home, and struggled with my wheelie bag, a lady immediately came to my aid. When I thanked her profusely, she replied, in French, a little confused, “but… of course.” As someone who treasures kindness deeply, and who has lived mainly in large cities, I have been touched by how unassuming the Toulousains are.

I chose this city completely at random. It was by a process of elimination, and I knew nothing about this place except that it was called “the pink city”, because of the stone that the old buildings are made of. When the setting sun strikes the walls in some quartiers/suburbs, they bathe their surrounds in a warm pinkness. I love it.

This place brought me back to life. And I mean, from the dead. Shatter your own heart and life and you never fear death again, but the process to come back from that in-between zombie world of numbness, depression and paralysis can be formidable. And I don’t mean in the French meaning of the word. Toulouse was a catalyst, a balm, a risk, a hope, a break from life…. and the unlikeliest place on earth that I finally pursued my childhood dream of being French-speaking (ok, sort of. I suppose I officially have “working knowledge” now). But, most of all, Toulouse reminded me that there is goodness in people that will shine through when you choose to see it.

Took a very long flight yesterday/today (depending on where you are in the world) with a transit at an airport that had no place for lie-downs. All the seats were separated with very deliberate-looking solid steel arms (I actually blurted out, “aww, that’s just mean!”). I had furry teeth. I was headachy and tired and anxious. My scalp felt post-flight oily. My skin felt desiccated. All I wanted was a nap curled up on two boarding gate seats. But, alas….

What a huge difference a hot shower and shampoo, a thorough tooth-brushing and a little lie-down in my own cosy little room on campus can make! I feel human again!

I’m grateful for these little things we take for granted, and for moments that remind me of their preciousness.

How they’ve changed the world!

They’ve shrunk it. And they’ve made getting on a plane a little like taking a train or bus. Okay, perhaps not quite so common… but certainly a little more like it!

I remember a time when a journey on an airplane was a pretty special event. Nonetheless, many budget flights later (some more bemusing and terrifying than others) and I still get excited when I see a new budget airline’s map of destinations. So many places! And not too expensive! I just love visiting countries/cities for the first time!

I’m grateful for budget airlines. And premium airlines too, of course.

[Am seriously having a writer’s block, hence the delays; I apologise to my regular readers (thank you so much for sticking with this blog).]

Picture attribution: Airbus A319-109 of Germanwings (D-AGWW) and an Airbus A320 (HB-IOZ) of Air Berlin at Zurich Airport (ZRH), from Wikimedia Commons. Copyright belongs to the creator. Use of this picture in no way indicates an affiliation with the creator of the image, nor does it indicate that the creator shares the views reflected by the text.

It’s easy to lose one’s curiosity as one gets older. The rose-tinted glasses crack and get discarded or fall off; habit wears us thin and jaded; everything new feels like just another version of an old way or process or world. The colour leeches out of the new, fresh and curious so quickly, because we are made to adapt so efficiently. It’s in our programme.

But I am grateful for childlike curiosity. I’m grateful for being allowed to hold on to that. I cannot go past a barely-marked path without yearning to know how it looks and where it leads. I’m grateful, because curiosity helps my heart and soul keep time with the constant change of life, even when they are weary.

I recently had a train journey that ended up being a bit of an adventure/hassle, depending on how you want to look at it. Me, I dance in the rain, revel in the unexpected and make the best of the uncontrollable*. Like cancelled trains, improvising, being snowed in and snowed out of airports and destinations, making snap decisions and sitting in a corner with a whole bunch of wan-looking passengers and eating boxed dinners provided by apologetic airline or train staff.

In these situations, I skip right past grouchy, angry, pissed off, frustrated and panicked, and simply settle in for the now-inevitable adventure with some measure of cheerfulness and a nose for free food and toiletries, and interesting photographs and new fellowship-of-the-stranded friends.

Anyway, what should have been a one-crappy-train, no-transfers, 3-hour journey became a three-superfast-new-and-modern trains, two long transfers, 5.5-hour journey, with no sense of whether there’d be a train waiting for me at the next instructed stop. Everyone from the cancelled train was herded along; there was a pleasant and bashful commiseration and camaraderie that develops in these kinds of situations that I rather enjoy, actually– people thrown together in the same boat, allowing a little more vulnerability than usual, a little more kindness, a little more empathy, sympathy, compassion, a little more willingness to be friendly and make acquaintances. 🙂  These total strangers helped me find the right train and platform, reminded me to get back on time at each transit point, and one lovely girl even came to find me to let me know that there was food available if I went over with my ticket. We ended up chatting and having lots in common.

When I’m not working, I am grateful for unexpected adventures like these, even if some of them can involve either a lot of hassle or illness.

*Well, mostly. I do get testy with inefficiency in dispensing accurate and essential information, though, which makes travel through some countries a pain in the… yeah.

New eyes, new heart, new pieces of mind
Give us
The courage to meet ourselves
And not to squirm.
The strength to meet others and
Love them anyway.
The inner space to not understand
But sit calm with that discomfort.
Ah, but when we understand!
How rich and beautiful a sensation–
It expands the soul and makes it sing
It gives us
Inspiration to make ourselves anew;
Persistence to chart a truer path.
Deeper backbone, humility, empathy
Give us
A sense of wonder, a sense of duty
To ourselves and each other;
To humanity.

(That’s what travel and curiosity do. And I’m grateful for it.) 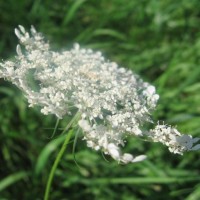 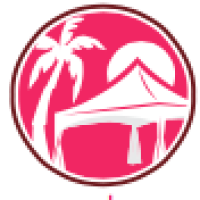 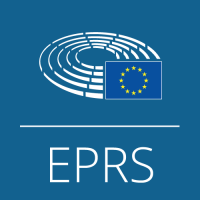 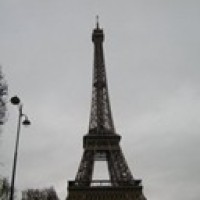